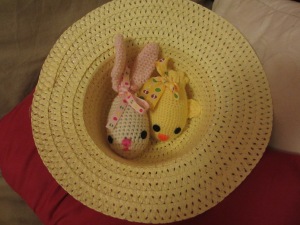 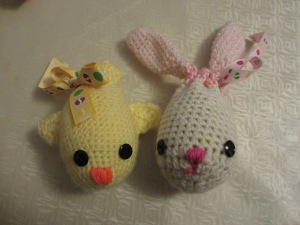 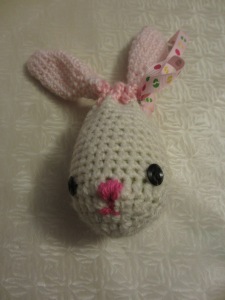 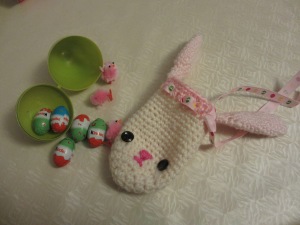 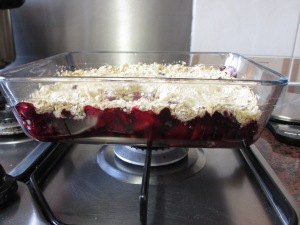 In my mind there is nothing better than a hot, fresh from the oven dessert, especially on cold, snowy Spring days. I’m currently doing a Healthy Eating course and there are some great desserts on the menus.  This one is a winner with my kiddo who likes it with a small scoop of icecream (bang there goes the healthy eating but gets her to eat fruit so I’m OK with that).

It’s so easy to make that there is no excuse not to give it a go. 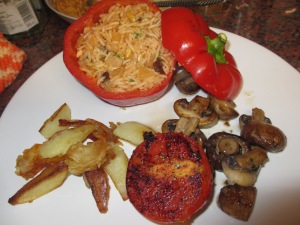 Another quick post. Asda sell some great little cookbooks that aren’t very expensive. I have one called Tapas 100 everyday recipes which a Spanish mate who used to work in a tapas bar told me about.

This week, we tried the stuffed peppers which were very good with a side of  garlic mushrooms, oven roasted potatoes and grilled tomatoes. The only change I would make for the future would be to use smaller peppers (the ones we had were HUGE) and roast for a little longer so they begin to lose that crunch and take on roasted in sweetness.

That little Miss Muffet knew a thing or two having a bowl of curds and whey. But if I was her, I’d have discarded the whey and just made use of the yummy curds. Curds are what Indian people called paneer and is used for both savoury and sweet dishes. It’s been years since I made my own paneer which is a sign of pure and utter laziness as it’s so very simple to make*.

I had a surplus of semi-skimmed milk (thanks to an online shop I had forgotten about and had added a huge amount of milk to!). With a bag of fresh baby spinach in the fridge, I wanted to make saag paneer.

This recipe yielded 262g of paneer from 6 pints of milk. I believe that full fat milk would produce more curds.  I’d probably left the weighing a bit long as the paneer was hard. It can also happen if you use lemon juice rather than vinegar. I would not squeeze as much to use the paneer to make a dessert (like rasmalia….oooooh RASMALAI).

I cut the paneer into cubes and fried in a shallow pan a little bit before added to my saag paneer. All in all, a very easy ingredient to use.

*My most distinct memory of making paneer was when we lived temporarily in East Barnet. Mum was ill  and would only live for a few months more. We lived in a maisonette with the most racist man living above us who regularly slashed our car tyres – doubly painful when we had to rush mum to hospital appointments. That day was lovely and sunny. I used the home made paneer to make a delicious rasmalai. Years on, now in my frozen Scottish kitchen I’m making paneer again, still thinking of Mum but very happy that with my daughter and husband I’ll do not have to deal with slashed tyres. Happy days. 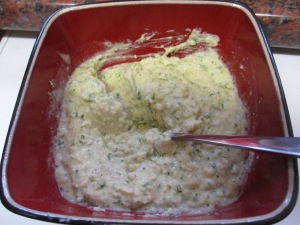 I made this White bean dip the other day and it was delicious – very garlicky thanks to the 2 fat cloves I added*. The best thing…this dip only takes about 3 minutes to prepare – I didn’t have Italian parsley so just used the curled parsley growing on my window sill. Next time I make it I will get a stronger parsley and put in less garlic.

I had it with toasted pita bread and carrots for lunch one day, and as part of a huge falafel meal for dinner the following night (with fresh salad, carrots, humous, tzatziki and Cauldron Moroccan falafel bites). Don’t you love it when food is easy and takes no time at all but tastes so great?!

*Spanish garlic – the cloves are much bigger and fresher than the Chinese garlic that most superstores sell now. 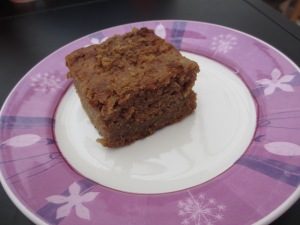 A quick post today about Romanian apple cake…not a cake made from Romanian apples it turns out but delicious cake from Romania. Using 3 cooking apples makes a huge batch so I sent most of it off with my husband to share with his work colleagues. We were still left with loads and luckily even 5 days later the cake is nice and moist. Changes I made: